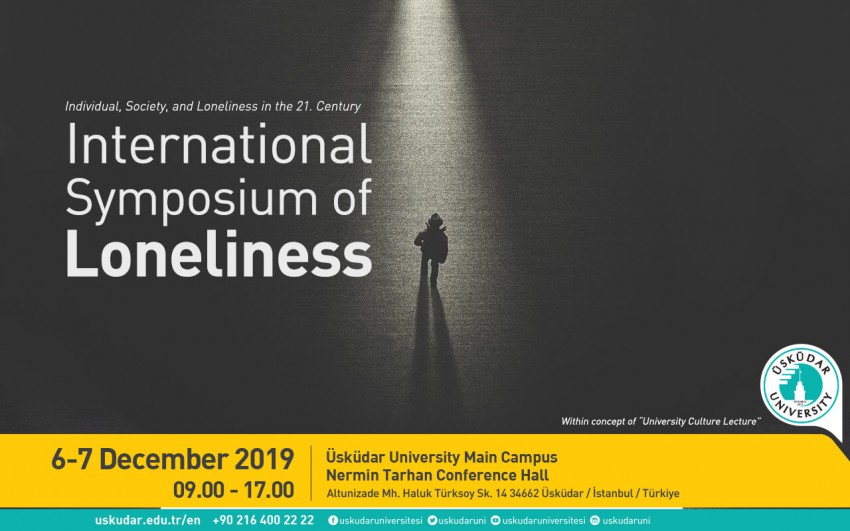 For the last fifty years, we see that many of the promises made to build a global civilization have not been realized. We witness that the goal of establishing a happy and prosperous world, in which global interactions are possible along with the protection of individual differences via the development of communication and transportation technologies, has remained at the discursive level. Today, a political tendency of “walling” appears to be developed by the nation-states holding more technology against the rest of the world in all aspects. A process of reification based on fear, self-interest, and distrust in which “everyone is hostile to everyone” is threatening sociality. In such an environment where “nobody loves no one”, it is understood that individuals are subjected to loneliness under the isolation of bad, wrong, and ugly principles. In short, the reality of a shattered world, society, and individual is gradually becoming absolute in a philosophical, social, political, economic, and psychical framework.

Of course, there are various remedies sought against this multi-faceted and multi-layered process of isolating and becoming isolated. The recent initiative of founding “the Ministry of Loneliness” by the UK can be considered as a positive example. Likewise, the emergence of psychological and sociological research that investigate and prioritize the “positive” sides of the individual and the society can be tackled as a positive advancement. The dissemination of such studies can eliminate the states of loneliness based on the isolation of self or the other. In this way, it would be possible to grasp the states of “chosen loneliness” that covers several positive values necessary for the socialization of individuals by internalizing their self-potential. Within this framework, knowing that “not being understood is sufficient for something to become a taboo”, we should attach importance to the discussion of the taboo of loneliness with all dimensions for our “lonely yet beautiful country” to step into a more open civilization in the future.

Concerning this significance mentioned, we as Üsküdar University plan to hold the First Symposium for Loneliness on 6-7 December 2019 with the main theme of “Individual, Society, and Loneliness in the 21st Century”. In our symposium to which valuable scientists who have significant studies about the field of loneliness from Turkey and abroad will attend, we aim to create a scientific and social environment for everyone interested in this subject. Your participation in our symposium that will be conducted in English and Turkish would honor and gratify us.

Chair of the Organization Committee

Head of Sociology Department, Faculty of Humanities and Social Sciences